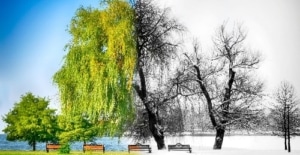 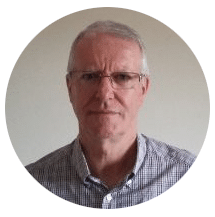 Tables, charts, PowerPoint reports, management summaries, interactive dashboards, live feeds, mobile data, emails containing a key figure – these are some of the many ways that market researchers communicate the results from surveys conducted on behalf of their clients. But, has the industry changed what it delivers over the last 10 years? And, perhaps, more importantly, has it changed enough?

The good old days? Not really.

I’m old enough to remember that in the early 1990s, the standard way of operating was to collect survey data on paper questionnaires so that staff could key in data and produce a pile of crosstabulations. Someone then combed through those tabulations to produce a summary of the findings or, in some cases, just deliver the tabulations as the final output. (Actually, I’m old enough to remember even more arcane ways of processing market research data, but I’ll keep that to myself and save that for a history lesson some time!). What has really changed since that time?

Like a lot of other businesses, technology has meant that cheaper and faster is possible. In summary, the key developments have been:

Faster, yes, but, it’s more than that: bottlenecks are not acceptable

Whilst most people would agree that technology has heralded an era of ‘cheaper and faster’, it may go a step further than just ‘faster’. Bottlenecks are no longer accepted in either the B2B or B2C world. When you buy online and find a delivery time of 5 days, the chances of abandoning a shopping basket rise. Amazon reduced its steps for checking out from four to one and its profits shot through the roof. Market research is no different. Buyers will not accept bottlenecks. Why does it take three days to put data into SPSS format? Why does providing the key variables in a dashboard take two weeks? Or, much more? Bottlenecks need to be removed.

Advances in market research have not been a straight-line progression

Advances in market research have tended to focus on cheaper or easier ways of collecting data, which has meant that progress has been led by technological advances as well as, of course, software improvements. However, some technologies have stalled. For example, progress in producing tabulations and using CATI software have generally been relatively minor since their initial developmental surges in the distant past and the same could be said about online data collection software which has seen several companies succeed while others have failed.

The net effect of all these changes has meant cheaper and faster, which, in turn, has allowed more competition into the market research space as anyone can compete with minimal outlay on software and hardware. Surveys have tended to become shorter as online surveys mean that cajoling respondents to endure an hour-long interview is impossible without the presence of an interviewer. There are good and bad online surveys – the good ones are better tolerated and more likely to be completed, but the length of the survey is now a more crucial issue than in the past.

While other businesses have also taken advantage of the possibilities of ‘cheaper and faster’, most industries have also taken advantage of the delivery of information just as serious, particularly as there is an overload of data available. Utilising that data and maximising its benefit to a business are things that have developed quickly in the big wide world over the last 10-15 years. Has market research as an industry been fast enough to meet this challenge? I would say no. When things become the norm, you need to be normal (or better). If you walk into many pubs or restaurants nowadays, you will find that your online reservation means that someone knows where you will be sitting, your order goes through to the kitchen and your bill is ready at the end with minimal effort on anyone’s part. Software is minimising errors, minimising staffing levels and making the process easy for both the customer and supplier alike. My point about the norm is that we expect data to be deliverable how it is needed and when it is needed.

Yet, much of the market research I see is delivered in manual or semi-manual operations with outdated reports in PowerPoint or something similar. As an industry, we have succeeded in collecting the data efficiently, yet delivering the bit the client wants to get their hands on – the data itself or the findings – may still be slow, inconvenient or in the wrong form for ease of use. Now, don’t get me wrong there are several notable exceptions where slick systems are delivering data promptly or even in real time, but it is not yet the norm for the industry.

Efficient data delivery is the norm

If you walk around the offices of most major organisations, the image you get is that data staff need is instantly available. This is the new norm. Piles of data with the bits you need at your fingertips. Market research needs to meet this norm. It is what clients expect. It’s what they are used to.

What changes are happening?

Market research is starting to deliver data more efficiently and more cheaply. However, I would argue that it has a long way to go. The next step in market research’s jagged line of progression needs to be affordable, smooth reporting of data. I don’t mean that smart systems are developed for major tracking studies where there are decent budgets. I mean that an outstanding level of data delivery needs to be achievable for even the simplest survey. Data how the client wants it and in a suitable form – and, hours, at most, after the survey has been completed.

Other industries are more than capable of filling this void as the surveying part becomes less specialised with cheap online data collection systems available. “Oh, but what about the quality that professional market research agencies offer”, you might ask. It’s a good point and you might be right if you made that claim, but will the buyer of research think that someone who can deliver what they want more cheaply and more effectively think that way? Quite probably not.

Research is end to end

Research needs to be an all-in-one, end-to-end solution that collects data, analyses the data, reports the data and delivers that data in reports, dashboards or whatever the buyer wants – and easily. It’s the way buyers of research see market research – not as bits there are glued together. As I said, some companies are moving this way, but research as industry needs to move forwards.

Are the software companies performing?

The software companies providing solutions in this area are improving albeit more slowly than I would hope. The focus on developing software of all types, price bands and levels for collecting data seems to be getting less prominence and software focusing on data delivery, dashboards and reports is growing. Generally, I find most of these suppliers of software to be overly expensive or lacking in the right tools, but they can afford to be expensive when the competition is still limited and research agencies only consider providing an online dashboard for the largest tracking studies or other big studies.

The 2020s should be the decade of the next leap

I think the 2020s will be the decade where we see a spike in the market research industry’s progress making up for some of its failings in the last 10 years. Cooperation between research agencies and software vendors can make this happen – but software vendors need to be pushed. If I see a goal for MRDC, it is to show substantial growth and improvement in this area. Let’s remove the bottlenecks is my mantra! Is anyone ready for a lecture on the history of survey analysis in the 1980s?

I’ve worked in market research for over 40 years. It would be easy to jump to the conclusion that I am set in my ways and don’t like change. Actually, I am the opposite. However, I feel more comfortable about working in an industry with market researchers…
I am sometimes shocked to see how inefficiently some market research data processing tasks are carried out. Every business has some inefficiencies where the wrong people are being asked to perform a task, the wrong tools are being used or the wrong approach has been adopted…

Why everyone wants online dashboards in market research
Scroll to top