Digitab, the UK market research DP agency, is to close

I was surprised to read from the www.mrweb.com daily newsfeed that Digitab, the Kantar-owned DP house based in London, is being wound down over 2018. In many ways, I am not surprised as MRDC, amongst other agencies that offered data processing (DP) services in the 1990s, have needed to change significantly in the last 25 years. In the 1990s, it seemed that most of the quality DP work was carried out in the more advanced economies, but that has changed. I would argue that many countries in Asia and Eastern Europe countries have some of the most talented people in DP and IT in the world right now.

A connection and admiration for Digitab 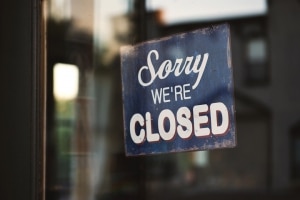 Although I might have considered Digitab as a rival in the 1990s, I had a deep admiration for their quality and the man who led the company at that time, Eric Willson. Indeed, the connection is even stronger as I was a part owner of a company called The Tab Shop which sold part of its operation to Digitab/Taylor Nelson in 1989. MRDC and Digitab have, to the best of my knowledge, offered similar services – higher end tabulations, automated reporting, programming and other DP services.

The decline of DP agencies in the UK

There has been a steady decline in the number and size of DP agencies in the market research sector in the UK. The two main reasons for the decline have been the growth of outsource companies in India, China, Eastern Europe and anywhere else with lower labour costs. This trend started in the 1990s and has continued. Additionally, there are fewer paper questionnaire surveys as market research has moved online, which means that data can be sent around the world with greater ease for processing.

MRDC was set up in 1992 and one of the first things that we decided was that we would only handle complex DP projects. In 1992, the price of PCs was making it inexpensive for others to compete and outsourcing to India was beginning. We decided not to compete in the low-end DP market as it became clear that profits would gradually dwindle if we stayed in the ‘easy, fast turn round’ DP market.

MRDC and Digitab followed a similar course in the 90s

MRDC and Digitab followed a similar course in the 1990s handling some of the more complex DP projects and specialising in automated reporting. Digitab had other services such as its expertise in statistics, but MRDC and Digitab seemed, to me at least, different from other DP agencies in the UK.

Around the end of the 1990s and over the Millennium, I felt that MRDC and Digitab drifted apart. MRDC moved into running its own offshore DP operation but continued to manage DP projects in the UK with much of the actual work carried out in Asia. MRDC also moved its focus to selling software, a decision that has put the company in a far strong position over the last 20 years.

How does MRDC handle DP now? 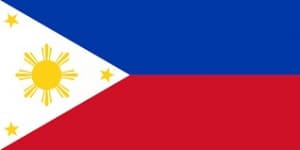 MRDC continues to handle some DP work. It still focuses on more complex projects – tracking studies, multi-country studies, pharmaceutical survey analysis or just complex requirements. Automation of tables and reports has become a growing part of our business. We continue to manage projects in the UK with a team in The Philippines doing most of the work. This set up successfully makes us competitive but at the same time it preserves good customer service and easy contact to deal with practical issues that arise in tabulation or automated reporting projects.

Digitab was part of Taylor Nelson/Kantar and maybe this held it back in some ways. Branching out into new business areas becomes more difficult for a company that is part of a big group. I can recall a similar problem when I worked for a DP agency that was owned by Guinness back in the 1980s. Change was impossible even to my youthful eye.

The end of DP agencies in UK?

It may not herald the death of DP agencies in the UK, but the remaining companies will only survive if they can offer something special. That is most likely to be built around some special expertise and/or some outsourcing function. DP agencies have historically tended to be profitable by working hard; that becomes a flawed model when talented teams can operate successfully in low cost economies.

MRDC’s model – will it change? 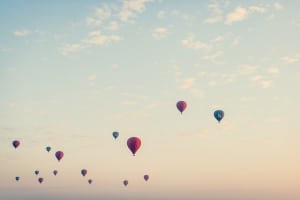 For the foreseeable future, we will continue to run a DP operation in the UK which focuses on skilled DP which is managed in the UK but handled by a team in the Philippines. It works well and ensures that we are competitive. In my view, more DP agencies will disappear over the coming years from the UK. They will not be replaced by new, young DP agencies except where they have some specialist skill which offers something different.

So, farewell Digitab. I think it is a company that has contributed more to DP in the UK than any other agency. It’s sad that it has closed. Rivals in the 1990s, yes, but as I have aged I really have worried less and less about rivals. I think Digitab will be missed from the market research landscape.

What features do you need for online surveys?

What’s the best crosstab software for me?
Scroll to top

This site uses cookies. By continuing to browse the site, you are agreeing to our use of cookies.

We may request cookies to be set on your device. We use cookies to let us know when you visit our websites, how you interact with us, to enrich your user experience, and to customize your relationship with our website.

Click on the different category headings to find out more. You can also change some of your preferences. Note that blocking some types of cookies may impact your experience on our websites and the services we are able to offer.

These cookies are strictly necessary to provide you with services available through our website and to use some of its features.

Because these cookies are strictly necessary to deliver the website, refuseing them will have impact how our site functions. You always can block or delete cookies by changing your browser settings and force blocking all cookies on this website. But this will always prompt you to accept/refuse cookies when revisiting our site.

We fully respect if you want to refuse cookies but to avoid asking you again and again kindly allow us to store a cookie for that. You are free to opt out any time or opt in for other cookies to get a better experience. If you refuse cookies we will remove all set cookies in our domain.

We provide you with a list of stored cookies on your computer in our domain so you can check what we stored. Due to security reasons we are not able to show or modify cookies from other domains. You can check these in your browser security settings.

We also use different external services like Google Webfonts, Google Maps, and external Video providers. Since these providers may collect personal data like your IP address we allow you to block them here. Please be aware that this might heavily reduce the functionality and appearance of our site. Changes will take effect once you reload the page.