Moving your main tabulation software platform from Quantum to MRDCL is unlikely to be an easy decision even when there may be 101 good reasons to change. MRDCL might be more modern, more efficient and have all the power of Quantum (and more!), but this still leaves you with the problem of converting any existing Quantum projects to MRDCL.

Why do we need to convert scripts?

The main reason for converting a Quantum script to MRDCL is because the script is used for a tracking study or, perhaps, is repeated annually, for example, with a slightly modified que 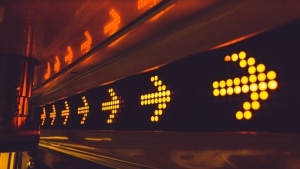 stionnaire. To make matters worse, these projects tend to be the most complex projects, possibly with a history that has only be documented by the Quantum code itself. Ideally, you will want this transition to be as smooth as possible and, more importantly, you will want consistent results produced in MRDCL.

The real problem with complex scripts

The biggest problem when converting a script form one language to another is working out what the more complex parts of the program scripts are doing. You are likely to find some script that he has to understand what it is doing or why it even exists. This is often exacerbated by the fact that the person left with the task of converting the project was not the original author.

A solution is at hand

MRDC has developed a free add-in to SPSS that allows you to convert a SPSS project to MRDCL, producing error free MRDCL script. All you have to do is to export clean data and variables from Quantum to SPSS and you are well on the way to getting your project smoothly into MRDCL. This methodology means that clean data can be imported into MRDCL with all your variable definitions and text specifications ready for you.

How does it work?

The program can be used in one of two ways. The first method is an automated procedure that uses variable naming conventions to drive out the correct MRDCL code. The second method is a two-step approach whereby variables are output to a spreadsheet in the first step so that annotations can be made in the spreadsheet to indicate how each variable is processed in the second step. You should be able to convert most projects within an hour and many within a few minutes. Let’s look at how each method works.

If your variables have been named consistently or you have renamed variables within SPSS, you would usually use the automated export to MRDCL. By consistent naming, we mean that multiple response variables, which SPSS treats as a block of single variables, are named q1_1, q1_2, q1_3 etc. Further, rating scales or grids are named as q2_a, q2_b, q2_c, q2_d etc. using letters rather than numbers in the variable names. Or, the reverse maybe your preferred naming convention with multiple response variables named as q1_a, q1_b, q1_c etc. If you are proficient in using SPSS, you may choose to handle variable renaming within SPSS so that an automated project transfer can be achieved. There are also the same options if multiple response questions are stored as spreadfields rather than as one SPSS variable for each response. (Note: a spreadfield means that multiple responses are stored in a series of fields. For example, 1, 5 and 6 would be stored in three consecutive fields using the codes 1, 5 and 6 rather than code 1 in the 1st, 5th and the 6th fields.)

The two step approach takes a little longer, but should still mean that most projects can be converted within 30 minutes. The first step of this process is for the program to generate a list of variables in an Excel spreadsheet. Having generated the spreadsheet, each variable can be annotated to indicate the type of each variable so that the project transfer to MRDCL is controlled by the spreadsheet settings you make. The second step reads the annotated spreadsheet and produces the MRDCL script. If you make a mistake, you can simply amend the spreadsheet and rerun. This approach works well where variable names have not been named consistently or where some of the variables that need to be handled specially. Of course, if you are a competent SPSS user, you can choose to do the work in SPSS, but as you can store your control in a worksheet with this tool, it means that if a rerun is necessary, due, perhaps, to an error in the original Quantum file, it is easy to regenerate the MRDCL script quickly.

What doesn’t work so well?

There are two main issues that may require further attention. The first is a generic problem that has encountered with most programmatic conversion procedures. In my experience, transfers of projects from any one system to another will always produce less efficient script or set up controls than handling it from scratch in the target software product. However, the use of loops for repetitive code has been implemented in our free tool making the code efficient to manage and edit in most cases. The second issue is specific to SPSS. SPSS does not keep any record of filters that are applied to variables. Therefore, the variables generated in MRDCL will be unfiltered. This may not be as big a problem as it might seem. Firstly, the data exported to SPSS from Quantum will usually (or should be) clean so that there is no stray or ‘dirty’ data. Secondly, MRDCL has an option to filter variables on those with a response in the variable. This means that if all variables that should have a response (or responses) have a code (even for ‘not stated’) and all variables that shouldn’t have a response are empty, you can produce perfect tables easily.

An alternative method is to use the Triple-S interchange format. There is a free utility provided by Cobalt Sky which allows you to convert Quantum scripts to Triple-S XML. Click here for the download. MRDCL has an import tool from Triple-S which has less flexibility than the SPSS project transfer tool, but converts variables, texts and data into MRDCL script. This method generally works well for simpler projects.

What if I have data in Quantum binary format?

Converting projects from Quantum to MRDCL can be less time consuming than it might first appear. The transfer of variables, texts and data to MRDCL can be handled efficiently and quickly for most projects. Tables in Quantum will not be transferred to MRDCL as there is no bridge from Quantum to SPSS for tables. However, it is often quite easy to edit these with a powerful editor or by using formulae or macros in Excel. The important advantage of using the methods described in this article is that clean data can be carried over to MRDCL. Without this functionality, there is always the risk that figures will not match the original figures in Quantum tables exactly.

If you need any further, please use the ‘You Ask, We Answer’ feature on our website.

Why I attended a marketing conference in Edinburgh last week

Can you merge different data sources into one report?
Scroll to top