Whether you are producing online questionnaires, tabulations or reports, some market research software systems have friendly user interfaces and others use scripting languages. The benefits of each were discussed in a previous blog article “Market research software – scripting vs GUI”. If you choose to buy a system that has a typically more powerful scripting, such as the MRDCL scripting language, how do you go about learning the language?

If you’ve learnt a foreign language, you probably started by learning the key words and the main sentence constructions. Gradually, over time you might have learnt other words or ways of expressing yourself as well as the short cuts that people use in conversation.

Learning a scripting language is not too different. You will need to familiarise yourself with the basic commands and basic syntax.

There can be a temptation to learn just enough to get by, but there are some big rewards if you decide to become “fluent” in a program like MRDCL.

Where to start with MRDCL 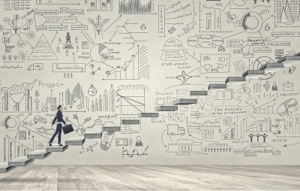 MRDCL is no different from any other scripting language. The first step is to understand the basic commands and their syntax. It can be a frustrating period because you might grasp the concepts, but getting it right might be a little harder than you would wish. You need to grapple with this because once your brain is barely thinking about the detailed syntax, you can start to open up to learning much more. For MRDCL, we have six basic training scripts which are downloadable. It’s important not only to understand these scripts but to feel as though you could prepare them yourself without too many errors.

The next step is to learn the short cuts and the tricks. Most scripting languages have some neat short cuts to deal with commonly encountered tasks. MRDCL is no different. For example, it’s quite common to have a rating scale in a market research questionnaire, so MRDCL has some tools to deal with the repetitive script that is needed to pick and tabulate that data. It’s called the pre-processor in MRDCL, but means that you can reduce repetitive or common requirements to a shorthand language or a generic piece of code that can be called for any project.

Once you can master this, you are starting to save time and money and, importantly, to reduce errors. How long this stage takes will vary considerably from user to user. It will depend on the range of tasks you face, your aptitude to learn scripting languages and whether your preference is to take the longer easy route or the shorter more difficult route. With the latter route, you will win more in the end, but you may face some initial pain.

Some languages are quite limited, but an advanced language like MRDCL not only has some good short cuts but also has some real power features. MRDCL’s EPS (Excel Productivity Scripting) tool means that templates can be built that other users can share and allow colleagues to enter complex or laborious specifications through a customised easy entry form in Excel.

Curiously, I often find that these advanced techniques are understood more easily by different people to those that advance to proficient users quickly. Understanding how to use and share MRDCL’s EPS tools requires an objectivity and an ability to analyse a problem from start to finish.

Where does advanced scripting really save time?

That might all sound vague, but let’s look at a couple of examples where you can get big wins. Let’s say for a rating scale grid on a questionnaire, there are 10 types of tables that anyone in your team might want. For example, a table for each statement, a mean score summary table, a top two box summary, a mean score and top two box summary, a summary of each statement side by side etc. To specify this might require quite a lot of code, but with EPS you can design a template that allows you to check off which options you want – let’s say you want a mean score summary and a top two box analysis only, you can just check these off these in an Excel template. It means that no re-thinking or re-writing is needed and you can produce exactly the tables you want.

Another example might be open ended questions. Setting codes in code lists to generate sub-totals (or nets) can be a slow process, particularly when there are a number of open ended questions. Using an EPS template, you can just put codes into a spreadsheet and a standard MRDCL script will do all the clever work like ranking on sub-totals and codes within that sub-total. So, when a researcher changes which codes form each sub-total, it should take you less than one minute rather than hours of re-ordering codes.

No pain no gain

Learning a scripting language takes some commitment and how far you go will depend on how complex your needs are. However, we know of some power users who have reduced data processing costs by far more than 50% when staff have spent a small amount of time learning features that are suitable for their needs.

I have a proven theory: if you are a MRDCL user and you find something laborious to do, just ask us if there is a better way of doing it. It’s likely that we are able to help you to save hours.

The true cost of CATI software: the case for QPSMR
Scroll to top