The need to replace Quantum as a tool for processing market research crosstabs has been gathering pace in recent years. It’s not its lack of power that is the problem, but its lack of support, development and its inoperability under modern Windows platforms makes it less than efficient. The alternatives are few: our own MRDCL product, Merlin and Uncle are the only real alternative scripting languages, although the authors of Ruby claim that their product is a viable alternative to Quantum.

Is it just about the problems with Windows?

This article will argue that productivity should really be a good enough reason to switch from Quantum even though many are switching because they feel forced to change.

This article looks at what matters most when choosing a product to replace Quantum. Quantum was indeed the market leader in the 1990s and into this 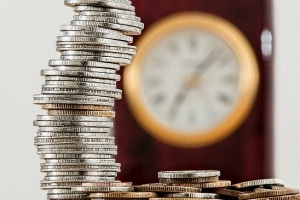 millennium, but it’s easy to lose sight of what modern crosstabulation (or crosstab, tabulations, tables) software should do. Our belief is that the demands on a high level professional data processing product have changed over the last 20 years, which has been clearly reflected in our development priorities.

There are five key differences since the days where Quantum was the market leader. These are:

Let’s look at each of these in turn.

a) The importance of productivity

In the last 25 years, relative to all business costs, labour costs have increased and computer costs have reduced. This is true to some degree in virtually every economy in the world. This means that staff productivity has grown significantly in importance since the 1990s. MRDC’s development of MRDCL has focused heavily on productivity over the last 15 years. The tools we have added have drastically reduced the time users spend on preparing and running projects. Our EPS tools, for example, which automate and deskill work carried out in MRDCLhas halved or better the time staff spend on projects. What’s more, work can be shared amongst a team, less skilled staff can carry out the easier parts of a project and errors are reduced.

b) The growth of online surveys

Tracking studies have been a popular research survey type for many years. What has become more important is the need to automate tables, charts and reports so that processing costs are minimised. Arguably, it’s the same point that labour costs need to be minimised, but there is far more scope to automate processes using modern software. The final output might be Excel, PowerPoint, a PDF file or an online dashboard. However, automating the process can save many man hours. MRDCL has been developed to make this as easy as possible to ensure that the path from data to reporting is fast, error-free and cost effective.

d) The improved skills of staff

You might be thinking the issue of whether a scripting language is needed at all has been avoided. This is addressed further down this article, but one barrier that has diminished over the last 20 years is that there are far more people who capable of using a scripting language like MRDCL. It’s a massive change, in fact. It means that languages like Quantum that made specification easy at the expense of efficiency are less relevant nowadays than a product like MRDCL which can make both highly skilled and less skilled staff effective.

e) The importance of incorporating other data with research data

Quantum was market leader at a time when surveys were just surveys. Modern research often demands that other non-research is integrated with research data. This may be data relating to respondents or figures that may be used for targets or comparisons with research data. The explosion of data in recent years means that there is more need to integrate different data sources as market research moves further towards business intelligence. Our software has moved in this direction too. Accessing databases has been made available for a few years now, but it increased the scope of MRDCL hugely.

I am not sure myself what this question really means – different things to different types of users probably. What is important is the need to stop thinking like Quantum makes you think. This is a subtle point, but Quantum works in a very structured way. There is little scope for creativity and finding efficient ways of linking different procedures together. Users switching to MRDCL lose most of the benefits if they write script in a ‘like for like’ way as they used Quantum. MRDCL has evolved due its constant development to offer a vast array of tools to be more productive. To ignore these tools will minimise the benefit of switching to MRDCL.

What are MRDCL’s productivity features?

It’s hard to explain these briefly, but here are five examples:

Do I have to switch to another scripting language?

As I said above, I am not avoiding this question. It’s a perfectly good one. There are many good software products that process data and produce tables using a relatively simple user interface. This might be the right type of software as these products have improved a lot over the years. If you handle different project types with different analyses that are relatively straightforward, a non-scripting software solution might suit you best when you are replacing Quantum. You will need to check that all the functionality you need is available, but it could be the right course. Also, if the volume of work is low, learning and using a scripting language will generally be the wrong decision unless there is some unusual prevailing factor.

When does a scripting language give you an advantage?

A scripting language allows you to produce analysis more quickly so long as it is used by skilled staff. MRDCL, however, goes a big step further. MRDCL focuses on productivity. It allows you to build your own templates for complex or repetitive requirements. This has two big benefits – firstly, less skilled staff can assist experienced MRDCL users and, secondly, projects can be taken over or shared more easily when staff are absent or leave. A scripting language should only be used if it offers an advantage. We will tell you candidly if MRDCL will help you or not.

How does MRDCL reduce costs?

MRDCL is more efficient than Quantum and its competitors and offers higher productivity. This following calculation is not untypical. Let’s say the spend on the Quantum team was $100,000 per year. With MRDCL, that cost can probably be halved as less skilled staff can do some of the work and the tools within MRDCL will make staff more productive. Other more hidden costs and risks to business such as taking over a project when someone leaves can be drastically reduced too. As I said at the beginning, our focus is and will remain on productivity and value for money.

At the end of all this, I think we appreciate that MRDCL is an investment for our clients. There is some pain and effort to learn to use such as powerful system. But, like all investments, you should rightly expect a good return. MRDCL will do that and continue to pay you back.

Want to find out more about MRDCL? Book a demo.

The accuracy of Social Listening data

Why MRDC says “no” to some potential customers
Scroll to top

This site uses cookies. By continuing to browse the site, you are agreeing to our use of cookies.

We may request cookies to be set on your device. We use cookies to let us know when you visit our websites, how you interact with us, to enrich your user experience, and to customize your relationship with our website.

Click on the different category headings to find out more. You can also change some of your preferences. Note that blocking some types of cookies may impact your experience on our websites and the services we are able to offer.

These cookies are strictly necessary to provide you with services available through our website and to use some of its features.

Because these cookies are strictly necessary to deliver the website, refuseing them will have impact how our site functions. You always can block or delete cookies by changing your browser settings and force blocking all cookies on this website. But this will always prompt you to accept/refuse cookies when revisiting our site.

We fully respect if you want to refuse cookies but to avoid asking you again and again kindly allow us to store a cookie for that. You are free to opt out any time or opt in for other cookies to get a better experience. If you refuse cookies we will remove all set cookies in our domain.

We provide you with a list of stored cookies on your computer in our domain so you can check what we stored. Due to security reasons we are not able to show or modify cookies from other domains. You can check these in your browser security settings.

We also use different external services like Google Webfonts, Google Maps, and external Video providers. Since these providers may collect personal data like your IP address we allow you to block them here. Please be aware that this might heavily reduce the functionality and appearance of our site. Changes will take effect once you reload the page.